TRENDS LIKLEY TO CHANGE ORGANIC FARMING IN THE FUTURE 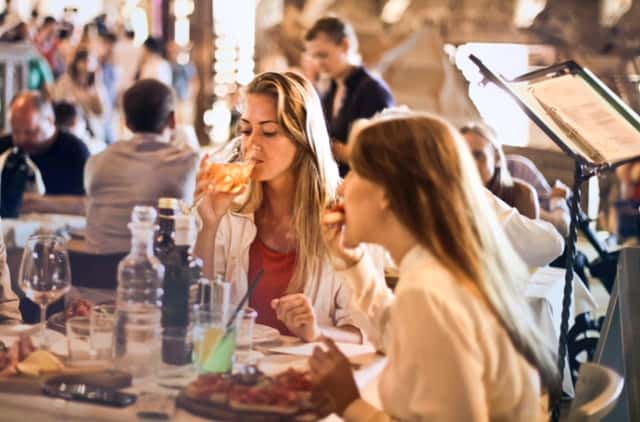 Many factors have impacted on farming over the ages. Automation, the development of synthetic fertilisers and pesticides, and a political consensus for low food prices have marked much of UK agriculture’s post-war period. But the trends of the past will not be the trends of the future, and with organic food set to benefit from a new age of environmental and animal welfare policies, it is worth looking at the trends that are likely to change organic farming in the upcoming era.

There are concerns that the end of Free Movement will leave farmers in general with a shortfall of seasonal labour, and indeed labour per se (fruit and vegetable growers in the UK employ 60,000 workers a year, mostly from Eastern Europe). With organic farming at the higher end of manual labour requirement (in agricultural terms), and with good prospects of growth, sourcing labour for the sector – seasonal or otherwise – is set to pose a greater challenge than in the past.

Nor too will the organic livestock sector avoid future moves to cut cattle and sheep numbers to reduce greenhouse gases in the form of methane (pigs and chickens produce less methane). The Government’s Committee on Climate Change has proffered that vast swaths of UK grassland be released from sheep and cattle production, and used instead to grow forests and biofuels to help soak up CO2. The extent to which organic farming will be spared the cut is unknown.

We have already written a blog on the post-Brexit opportunities for organic farming, which takes a generally positive view of the sector’s prospects. If proposals published by Defra come into force, the move away from payments for food production in favour of good works towards the environment and animal welfare can only enthuse rather than dismay the organic world. Artificial intelligence (AI) is set to feature every bit as much in the next half-century as artificial fertiliser did in the last. The ability to access and assimilate data to give information on everything from the source of raw materials to the pesticide residue in a loaf of bread is, and will more so become, the required norm.

It is not only about supply of the information, but how data is gathered. Paper reports with the need for human interpretation are giving way to digital forms of record keeping such as Blockchain, which keep a digital record of data to organize information efficiently and productively. It has been described as a digital ‘handshake’ and uses data from all the parties involved (data that are not agreed by all interested parties to be true – that are not ‘shaken on’, as it were – do not survive in the blockchain system). It therefore is able to throw up, and throw out, rogue practice and counterfeit claims.

Management systems are already in place which use SmartTags to give 24-hour tracking of each cow to give information on signs of heat, position, eating, rumination, standing, lying, walking and inactive behaviour. The information generated from this all-in-one monitoring and management system is invaluable in improving performance and efficiency – and can demonstrate how healthy happy cows thrive on our (organic) farms. It may well become the means to show our farming systems already work to a very high welfare standard.

The implication of such technology is that dairy farmers, for example, must be as comfortable with computers as they are with cows, and require training in system management and in the use of sophisticated software.

We know (see previous blog) that the organic market is expanding. Sales of organic food and drink grew by 6% last year to £2.2bn – specialist stores and farmers’ markets are the main drivers of growth (enjoying a near 10% jump) and only slightly behind home delivery, which includes box schemes.

This increase has occurred at a time when organic food commands a decent premium over its conventional counterpart (a recent survey suggested that organic products cost the average household £16.74 extra per week), organic milk for instance typically costs 80p a litre compared with 50p for conventional (when bought in 4 litre lots).

While the higher welfare and environmental standards that set organic apart continue to appeal to a growing number of consumers, organic food must meet the tricky balance of carrying a premium to incentivise producers, while not outpricing itself for the consumer.

Another trend that cannot be ignored is the UK’s 3.5 million vegans. Organic’s more sustainable production methods might help vegan sales in the organic fruit and vegetable sector, but it will do nothing for consumption of meat, dairy and eggs (organic or otherwise).

But where organic farming does outscore the others is in being the only accredited food system with a GM-free food chain. A majority of polls indicate that most UK consumers disapprove of GM foods, and this hardens to almost 100% when only organic consumers are questioned. Whatever the wherewithal of GM, many of its long-term objectors are not yet organic consumers, yet they present an excellent potential market waiting in the wings. The so-called ‘free from’ market; e.g. ‘gluten-free’, is a rapidly growing market which has immediate and straightforward appeal. Our proven process-led organic standard must match this succinct clarity if organic products are going to realise their full worth. ‘Free from GM’ is a strong message, and we should make the most of it. The organic market is expanding

Agreement has been reached that EU food safety standards, and access to shared EU intelligence on public health to avoid new food scandals, will remain regardless of the Brexit outcome. The combination of public awareness, coupled with technological advance makes it inevitable that food safety and farm-practice regulation will tighten.

Labelling will be paramount. France has just passed a law allowing organic food to be classified as non-GM despite the fact that current EU legislation insists that labels show the presence rather than the absence of GM. With the ability to now detect the most minuscule material in the food chain, this assertion will face challenge – and acts as a good pointer for things to come.

Traceability will remain the overriding factor governing food production, and this will be particularly so for organic food. If organic food is to claim a premium for its higher standard of welfare and environmental production, it can expect greater scrutiny in an age when transparency is at the forefront. And only through hard facts, derived from reliable data, can critics of organic food be successfully countered.