A YEAR IN THE LIFE OF AN ORGANIC DAIRY FARMER 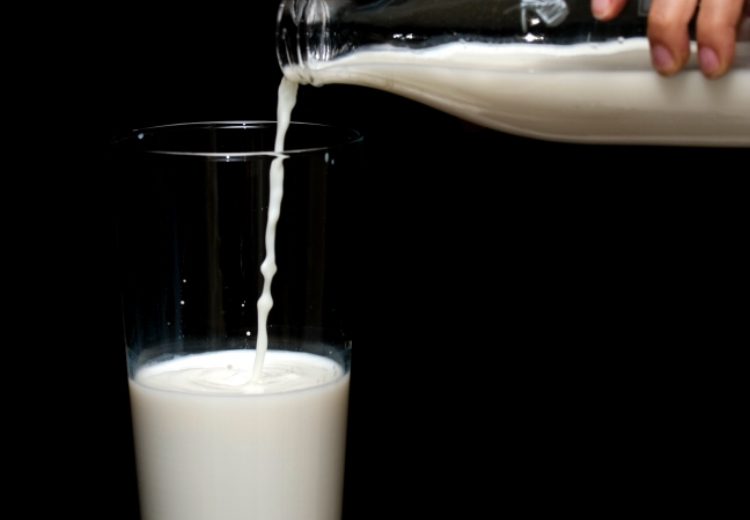 The title of this article was to be ‘a day in the life of an organic dairy farmer,’ but to do it justice we changed it to a year. This seemed logical given that all farms operate to a yearly cycle, and practices particular to organic such as the certification inspection are annual events.

Needless to say, organic farmers do not exist on a different orbit from their conventional neighbours – many of the factors that determine success for one are common to the other. A good growing season and a decent milk price are the desires of all milk producers.

It is perhaps when testing circumstances arise that differences between organic and conventional emerge, because the options available for one might not be available for the other. For example, the biggest challenge of last year was the long dry summer: in some respects the organic farmer is better equipped to deal with less grass because the organic system’s lower stocking rates lessen the need for maximum grass growth. Conversely, if the organic producer falls short of forage, regulation ties his hands much more than his fellow non-organic producers [organic accreditation requires that only appropriate certified forage can be sourced – a near impossible task when even conventional forage is scarce (the organic certifying body (OCB) may allow a derogation, but only under exceptional circumstances. Such derogations were issued last year where it was considered warranted)].

The organic farmer is also constrained in that forage must comprise 60% of the overall diet, so the option of simply feeding more concentrates to makeup forage shortfalls is not on the table.

A good deal of the organic dairy farmers’ year is taken up with pasture management. The suggestion that organic farmers are better placed to cope with drought because of superior sward management (unlikely to be overwhelming endorsement in conventional circles) might be correct, but the severity of last summer’s conditions actually exposed a high number of poor performing organic leys. Hasty reseeding or over-seeding was a common consequence. 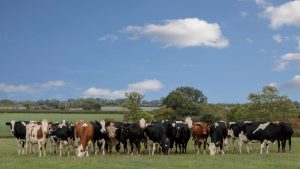 Fresh grass is a critical component of good organic husbandry

Not being able to use vitamins, for example, and with the use of antibiotics very much a last resort in organic systems (and then only from a restricted permitted range), stockmanship takes up a lot of time. Issues such as mastitis and dry cow therapy have to be addressed through husbandry, of which fresh grass in a critical component. Rich in essential nutrients and anti-oxidants, it is the precursor to a balanced diet and a healthy cow. Get it right, and all is well; get it wrong and the absence of synthetic solutions can pose real problems.

As it turned out, the autumn was kind to nearly all. Mild conditions allowed extended grazing for much of November and even into December; and grazing management was much the same for organic and conventional toward the end of last year.

During any twelve-months, the organic farmer will have contact with his organic certification body. This will be one of half a dozen or so that cover the UK; Soil Association Certification (SA) is the largest, followed by Organic Farmers & Growers (OF&G). Typically each producer licensee is assigned a certification officer with whom a working relationship develops. Even when things run smoothly, the certification body will communicate updates on standards and the latest sector news.

Forage shortages brought some derogations into play last summer, with a greater interaction between licensee and licensor. Exemptions and relaxations to the regulations are not easily given. Whether for feeds or vaccination, producers must exhibit a genuine need for the derogation, and demonstrate that problem-solving measures compliant to the standards have already been explored (those with the SA Cert who want forage-related derogations must first look at its marketplace website).

An unavoidable calendar entry is the annual organic inspection. This is carried out by an organic inspector (as opposed to a certification officer). Normally, a polite notice period (a week or so) is given; but a proportion of ‘spot’ inspections are mandatary. One H J Lea Oakes customer registered with OF&G, milking 100 organic cows in Staffordshire says of this yearly event, ‘the inspector arrives around 9am and spends about four hours in the house going through the paperwork. After that, about an hour and a half is spent looking around the cows – checking welfare and mobility – and the last half hour or so is back in the house for a roundup and issuing of any non-compliances.  We spend between five and 10 hours on the paperwork per month, inspections can be demanding and my advice is to keep on top of it. It helps these days that one inspection covers both organic and farm assurance.’

During the year the organic producer is likely to have more contact with his milk buyer than those in the conventional market. The same H J Lea Oakes customer currently gets 37p per litre; is incentivised to sell outside the spring period; and feels he should get at least 12p over the price of conventional, which he currently does not. Of the dozen or so UK buyers of organic milk, 65% is sold to OMSCO who, with regular distribution of market updates and technical bulletins, keep members informed and in the loop.

Our Staffordshire organic dairy customer says the role of the feed supplier (in this case the author of this blog) is to ensure the diet is balanced and compliant within the regulations, and that feed costs are justified within the overall costs of production. He says ‘you must know the cost of producing a litre of milk. A vital role of the feed manufacturer is the production of costings – a tool which can be used to reduce purchased feed costs, which currently accounts for just over a quarter of our milk cheque and this compares well with the sector norm, which is nearer a third.’

How does the year in the life of an organic farmer differ from that of a conventional farmer? The organic sector certainly presents more paperwork: recordkeeping is the lot of all farmers, and for organic producers more than most (otherwise his accreditation is in jeopardy). The onus is on the organic dairy farmer (and increasingly so now on the non-organic as well) to circumnavigate not being able to use antibiotics by husbandry. This can result in some of the most progressive husbandry techniques being found on organic farms.

It seems that the organic dairy farmer is in a sector that is particularly good at keeping in touch with one another, and organising get-togethers: accreditors, milk buyers and feed suppliers ensure there are plenty annual gatherings to take the farmer away from the farm. But it is foremost at the farm that he must be. Attention to detail – important to any success – is perhaps the single most important influence in determining whether the organic dairy farmer has a good year or not.

THE UNREALISED POTENTIAL FOR THE UK ORGANIC SECTOR
According to the Soil Association, the UK's organic market grew 5.3% in...

Liquid Gold – Colostrum Management
Colostrum given to the newborn calf is the first vital step in...