Five ways to start out in farming 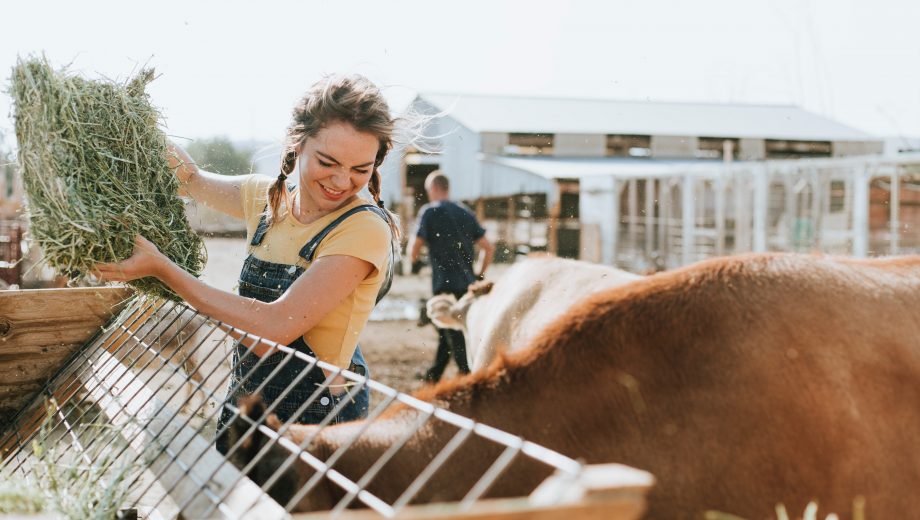 In Britain today, there are many challenges faced by those keen to start a career in farming, not least of which is the high cost of land. This is reflected in the low numbers of young people involved in the industry. In fact, even in Wales, where 88% of land is used for farming, farmers under 35 make up only 3% of the total. Nevertheless, for those who want to get into agriculture, there are many ways to do so that do not have to involve the tried and tested methods of either inheriting a farm or marrying into a farming family.

For most people, money is the problem. UK farmland has rocketed in value in recent years. Currently, it costs an average of about £7,000 per acre. This compares with £200 per acre in the 1960s, or about £2,400 per acre in the 1990s. The reason for this is partly because farmland has become a safe investment of choice for many in the financial sector. The effect is to make a small to medium sized farm into an extremely expensive investment for the average aspiring farmer, especially when one takes into account the generally low earnings and income of the average-sized farm (or, indeed, the fact that many farms would not be viable at all without government subsidy).

Additionally, farms are in very short supply. This is because the UK has a limited supply of land and a high population density compared to other European countries, and also because many farmers tend to go on until they are in their 80s or 90s. So, finding a farm for sale at all can be a challenge, regardless of the price.

Here, we examine five ways that young people without the cash or luck to obtain their own farm can still enter the industry.

Perhaps one of the most obvious routes into the industry is through farm management. These companies (one of the largest in the UK is Velcourt) provide agricultural expertise and technical advice to land owning and farming clients. Obviously, this model has benefits for those who own farmland and want to retain it and receive an income but who don’t have the ability or inclination to actually farm it themselves. But the other benefit is for the employees of the farm companies, who are able to run their own farm without having to make any financial outlay, while enjoying a structured career with clear progression as well. A career with a farm management company is likely to see an individual move from farm to farm over the years, providing the widest possible breadth of experience and variety.

2) Taking on a farm tenancy

Unlike a career with a farm management company, taking on a tenancy means renting an individual farm and sticking with it. Of course, a tenant farmer does not have the security of actually owning his farm but having a lease is a good way to follow through on the dream of having your own small or medium sized farm for those without the means to buy one. With a good farm landlord, many tenant farmers are able to farm the same farms for their whole lives.

The most obvious way to take on a tenancy is to rent a county farm from a county council. While these have been in decline in recent years, and some councils have sold them off, there are still many available and it can be a great way to get a long-term lease on a farm of your own.

But councils are not the only route to a farm tenancy. The National Trust is the UK’s biggest farmer and they let out farms regularly. At the time of writing, they had two to let out in Wales. Another example who does similar is the Duchy of Cornwall.

Diversification is an option for those with some money – enough to buy a smallholding which can be farmed, but which alone will not provide enough income to live off. Such a smallholding can become the location for a thriving rural business that derives significant income from other activities alongside farming. One simple example could be to open up as a guest house for tourists. Another would be to start a small, high-end food company, for example an artisan cheese producer, and sell the produce to one or more of the many booming farm shops and farmers markets that can be found the length and breadth of Britain.

One of the more unusual ideas out there is to start a farm through online crowd funding. In 2018, South East Farmer profiled Jack Stilwell from Sussex, who used crowd funding to raise enough money to buy his first 20 calves: “these 20 turned into 50, which turned into 100 and so on”. In 2018, according to Farmers Weekly, Stilwell reared 4,000 cattle and was named Young Sussex Farmer of the Year.  Another example is Fordhall farm – a community owned farm in north Shropshire described as having ‘8000 Landlords’.

5) Back to the Land with the local food movement

For those of a more alternative mindset, there is always the back to the land movement – a growing movement of millennials seeking out a more agrarian life. The movement capitalises on a booming consumer demand for local and sustainable foods. This is a particularly strong trend in the USA, but it exists in the UK too, and it is likely to grow. Often, such food is grown by a group of two or three young farmers who rent land near to large cities and make their living via cooperatives that store, process and market the food as a group, selling the produce at a high premium to restaurants and food service businesses. And large supermarket chains are responding to the trend, increasingly offering local foods sourced from near individual stores.

For the aspiring and determined young farmer, any of the above options could lead to a career in agriculture.

TRENDS LIKLEY TO CHANGE ORGANIC FARMING IN THE FUTURE
Many factors have impacted on farming over the ages. Automation, the development...