The growing role of women in farming 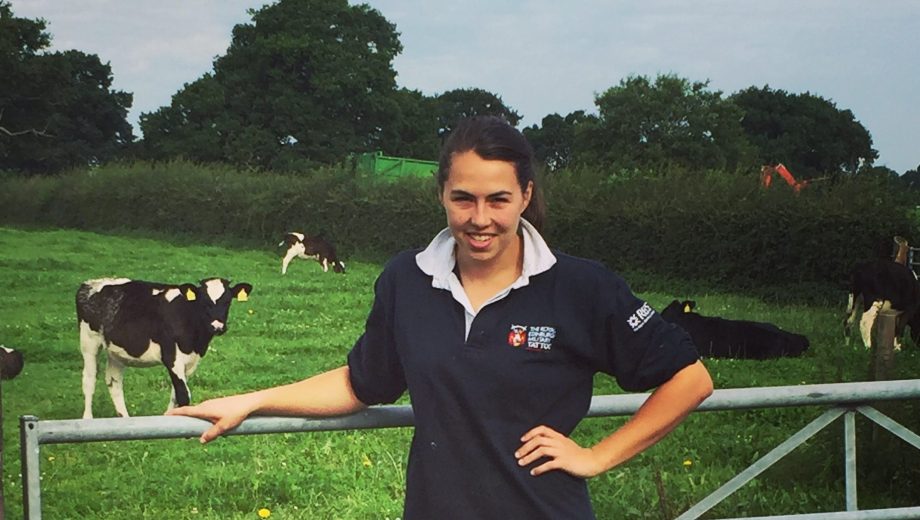 Today is international women’s day. We spoke to Katy Lowe, a young dairy farmer with full responsibility
for running and managing her family’s 300-acre organic dairy farm, to learn more about the issues faced
by women in farming.

HJ Lea: “Can you tell us a bit about your background?”

Katy: My sisters and I were born on my family’s Cheshire dairy farm. Dad had previously farmed with my
grandfather on a farm just down the road, but mum, who was not from a farming background, wanted us
to get a non-agricultural education. She wasn’t against us farming, she just wanted us to have options.

I went to Exeter University and studied politics. Subsequently, I got on the Barclays Bank graduate
scheme, and worked in HR at their Canary Wharf head office for three years. I ended up working in
Reward management, and so was deciding the bankers’ bonuses! I loved the job and the freedom that
London offered, but I think I always knew one day I would come back to farming. Not least because I
didn’t want to have a family in London.

In 2014 some personal factors came together, in particular that my grandma was poorly, and my dad was
having staffing issues on the farm. In July I made the decision to come home, and by October, I had
formed a joint partnership with my parents to run the farm. Sadly, dad passed away only 25 days after we
had gone into partnership. At the time mum was busy running a funeral directors that she had set up
with an ex dairy farmer 10 years previously. This was in one of our barns, so I saw mum all the time, but it
was a full time job, leaving me in sole charge of our dairy operations with 130 cows.

I’d never previously spent a full year on the farm (except as a child, obviously), so I had to get to grips
with everything pretty quick – Google became my best friend! And of course I’d learned a lot from being
around dad, from attending agricultural events, and from religiously reading the Farmer’s Guardian. My
family were also great supports, my husband learnt to milk, and my 82-year-old Grandad would turn up
in the parlour with a hot drink for me ready to wash down at the end of milking every morning!

HJ Lea: What do you enjoy most about farming?

I love the challenge of dealing with animals and being up against the unpredictable weather. You are
usually totally alone, but you have the space to try new things. And you learn on the job, always asking
yourself what you could be doing better. Also, you can’t beat being outside all the time.

One thing that I also enjoy, is the business side. Farming is becoming much more ‘business-like’ in its
approach. It’s because things are tighter on the money side than they used to be, and because there is
more legislation than in the past. These days, to comply with all the rules, you really need to be switched
on, and you need to keep detailed records. Also, you have to be scientific. You can’t just buy corn, chuck
it in front of cows and hope for the best anymore. You need to know the provenance of everything, and
you need to know what the return on investment will be on all the money you spend.

HJ Lea: What are the main challenges specifically faced by women in farming?

I would say that a lot has improved for women in farming, even over the last four years since I’ve taken it
up. I find it easier to be a woman in farming today than I did in 2014. I remember soon after I took the
farm over, some suppliers wouldn’t treat me in the same way they treated my own male staff members.
In particular, there were a couple of building contractors who came to provide quotes and only showed
interest in my husband and not me. Even when he told them he was not a farmer, they would still direct
all their questions to him.

It was sometimes the same at agricultural shows. My mum and I would find that on many stands we
visited, we’d get ignored. People would talk over us to my husband. Sometimes I did feel like I was
viewed as “a silly woman”. When I rang anyone in the agricultural world, I’d often feel the need to launch
into a spiel to justify myself. One common occurrence was that people would assume I couldn’t possibly
be a farmer and that I must be in sales. I also felt that I was judged quite a lot when I became pregnant
and carried on working. But I don’t think much of this was ever intentional: I just think people didn’t
expect to find a woman farmer, and they struggled to adjust to it when they did.

However, things are changing rapidly. Female participation in agriculture is growing really fast and I think
people are getting a lot more receptive to it. In particular, there are many more husband and wife
partnerships in farming than there used to be. I think this trend is really helping to change perceptions.
But at times, as a woman in agriculture, there’s no doubt you still come across some issues. The vast
majority of people in the sector are lovely though.

HJ Lea: As you say, there are far more female farmers than there used to be – women are now 28% of the agricultural workforce – off the top of your head, why do you think this is?

It’s a good question, and I am not sure I have the answer. But I think it’s because there’s a lot of reports
in the press and elsewhere about gender not being a barrier anymore. I think girls are taught that at
school from day one now. And I think they believe it. So they are more confident to move into
traditionally male sectors like agriculture than they were in the past. Essentially, if they are interested in
farming, they show it now, and that’s a big change.

Also, I think social media helps. Women use it a lot, and there’s a vibrant online community of women in
farming. Even though we might be hundreds of miles apart geographically, we are talking on there all the
time, sharing our stories, helping each other out, so women are seeing more examples of other women in
farming, and I think that might be driving it also.

There’s also another side to it, and that is economics. Whenever farming faces a downturn, it forces
farmers’ wives to contribute more to the business to help out. This happened notably in dairy when the
milk price was bad a few years ago. I find that initially women get into the business side of the farms to
help out but then, once they get involved, they end up taking a more active role across the board.
Ultimately, I think women moving into farming is a brilliant trend because, and I think all farmers would
agree with me here: new blood is what our industry needs most of all.

HJ Lea: Do you think women have any specific qualities that make them good at farming?

I wouldn’t say women are in any sense ‘better’ at farming than men – I think that would be just as unfair
as some of the attitudes I’ve been on the receiving end of. But it’s fair to say a woman’s eye for detail is a
strength in aspects of livestock care. In particular, we are very quick to realise when animals are sick. And
I know a lot of women on a lot of dairy farms who are in charge of calf rearing.

HJ Lea: What advice would you give a woman thinking of entering farming?

Don’t be put off. You have to accept you may get some knock-backs, but you’ll get through. In particular,
if you are searching for a job on a farm it might be tough: farmers will worry that women aren’t as strong
as men, and things like that. But the barriers to women in farming are falling. Already, we have seen
women take senior roles in key agricultural organisations such as Minette Batters as NFU president. Soon,
women will be as welcome in the industry as men – so just go for it!